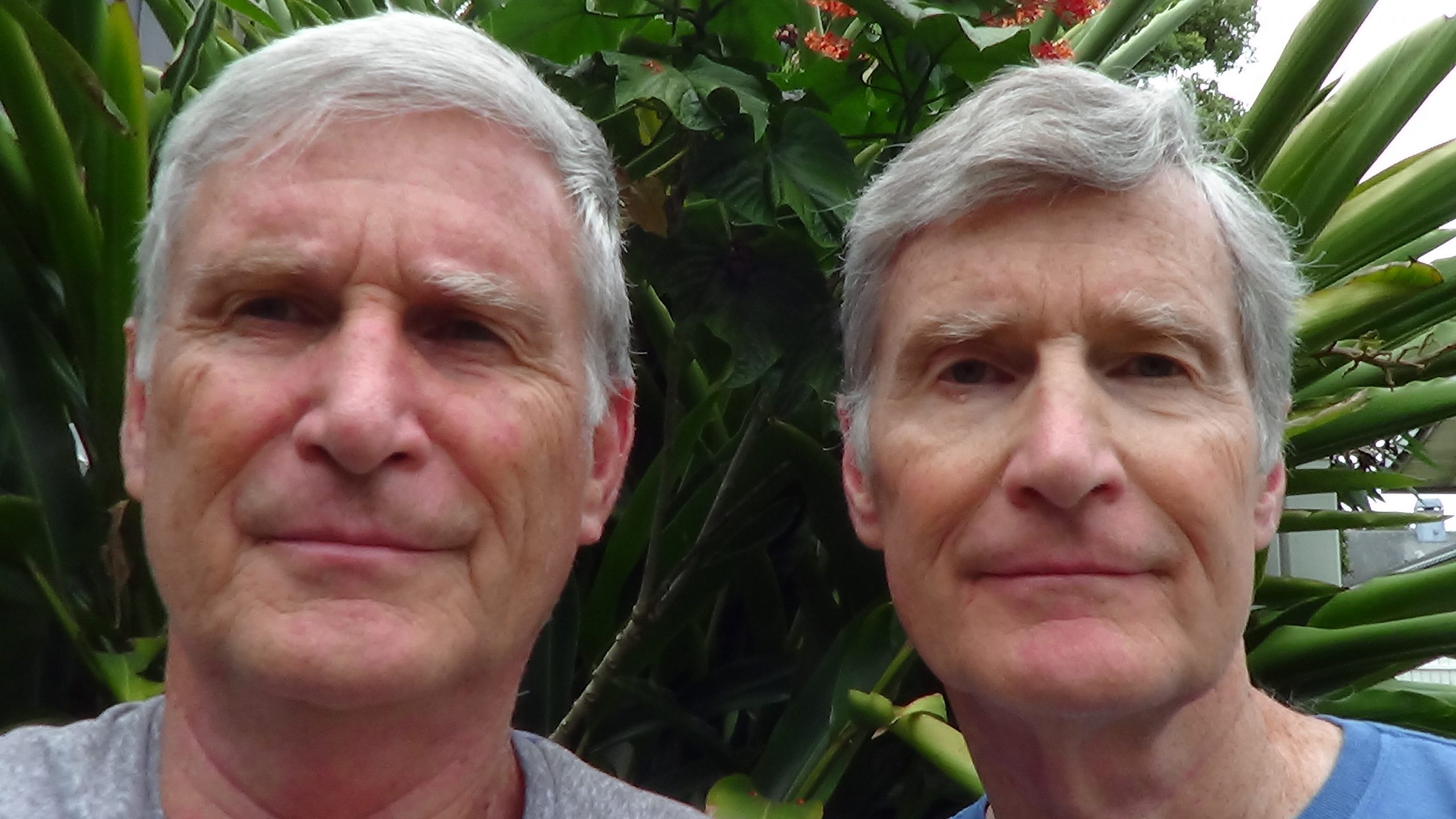 Our Kings, John and Jan Lenko, were born in New Jersey. They attended the same college in Wisconsin after graduating high school where they both pursued degrees in Electrical Engineering. John focused on digital control systems while Jan followed his desire to work with electric power and control. Upon graduating college, their career paths took them to different parts of the country—Jan to Ohio and John eventually landing in Florida.

These gentlemen attended their first Twins Days Festival in 2006, and like all newcomers being in a crowd of twins, triplets, and quads, they were amazed at seeing the volume of identical and fraternal participants in attendance. That first Friday night, they met female twins who could tell our Kings were new to the festival. The ladies commented that they could tell “by the deer in the headlights” look in their eyes! John and Jan enjoy meeting many wonderful new people and catching up with old friends over the festival weekend.

Another extremely enjoyable part of their yearly experience at the Twins Days Festival is being part of the team that judges the Double Take Parade contestants, which for them, began in 2012.  This is by far no easy task as they review each participant that passes by! Humbly, they have also sponsored both the Parade and the Royal Court over these nine years. Crowning these identical twins as our 2021 Festival Kings is an honor long overdue. Reign long, reign well, dear friends! 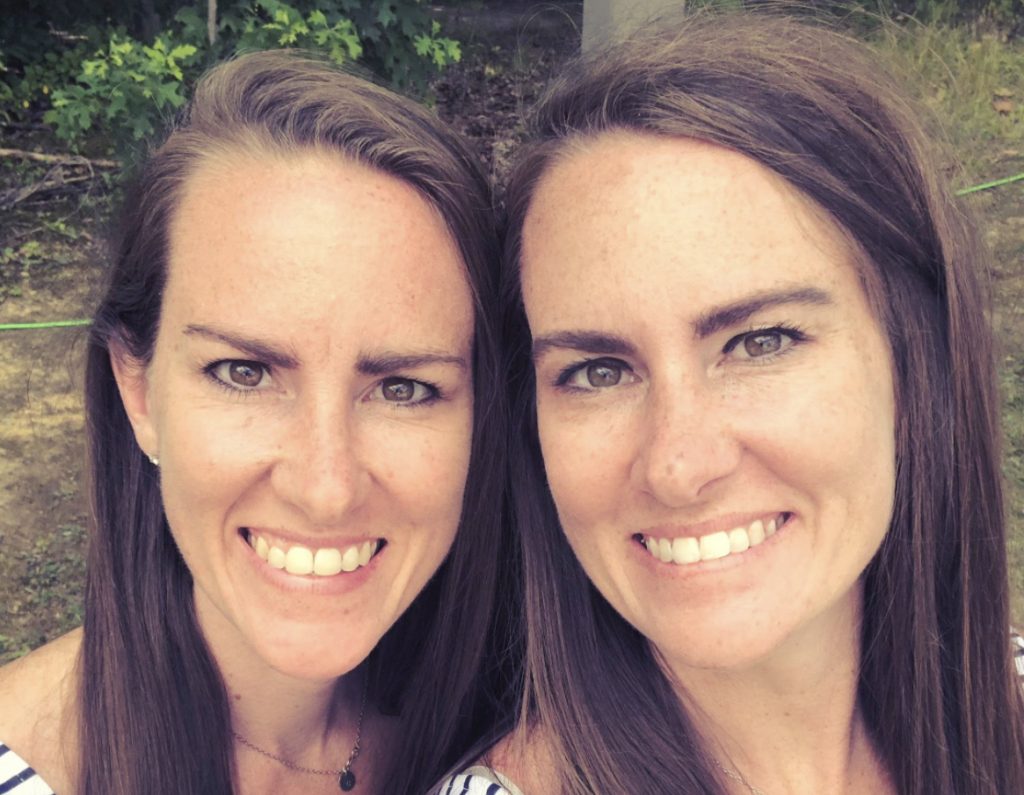 Our Queens, Heather Lawson-Cortes and Christina Lawson- Luebke, couldn’t be more excited to be back in the land of twins as they celebrate their 21st Twins Days Festival! They love all things twin-related! Being twins. Meeting twins. Seeing twins out and about. Twin egg yolks. Twin quotes. Twin cars. They even had matching plates!

These lovely ladies attended the same college and even took the same classes together! Though they grew up in Cincinnati, Ohio, their careers have taken them in different directions. Heather now lives in Charlotte, North Carolina, serving as a corporate office accountant at Lowe’s; while Christina remains in Cincinnati, also a corporate office accountant, but at Macy’s.

Living in different states, they don’t see each other as often as they’d like, so Twins Days is a very special weekend for our Queens. Both mothers, each wanted to have twins of their own—but after having one child, they quickly changed their minds! They respectfully added, “Kudos to all those twin moms!!” Heather has two girls while Christina has two boys.

Our Queens love to work out, but they also love dessert! Though they considered themselves shy at one point in their lives, the ladies bring a new level of comfort to the Court and are ready to serve.  They encourage all multiples to go to Twins Days, “…they just need to experience it one time and they will be hooked! It is also an amazing opportunity to meet people from all around the world!” And they have! 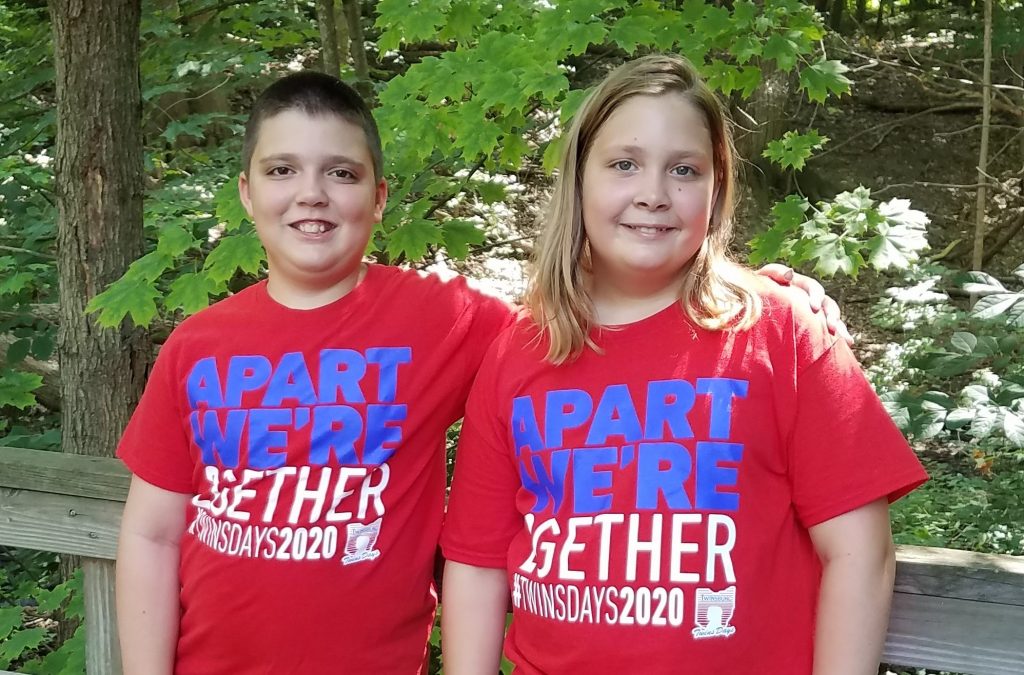 Nicholas and Thomas Silbaugh were born in Akron, Ohio, on August 28, 2009, and have lived in the area their entire lives. Their mother attended the Festival for the first time just weeks before they were born, so they lay claim to having visited the festival even before their birth!

Our Princes will be in the 7th grade at Tallmadge Middle School this fall. As honors students, they will be taking advanced classes and are excited to participate in band as well. Nick plays the saxophone while Tommy plays the trombone. The boys are very active in their Boy Scout troop. To keep in shape, Nick loves breaking boards during his Jiu-Jitsu classes and Tommy runs cross country.

Like most 11 year old boys, they love to play video games, watch YouTube, and hang out with their friends. Nick loves to read and draw. He dreams of attending Harvard—or some other great college—and becoming a lawyer. Tommy enjoys working with his hands and building things. He hopes to own his own construction company someday.

Annual participants in the Festival contests, our Princes usually take first in the “Least Alike Males” event. Though the boys look so different, and their personalities are just as unalike, they still cherish their “twin bond.” As part of the Royal Court they hope to show others “that not all twins look or act alike, but being different doesn’t take away from the specialness of being twins.” 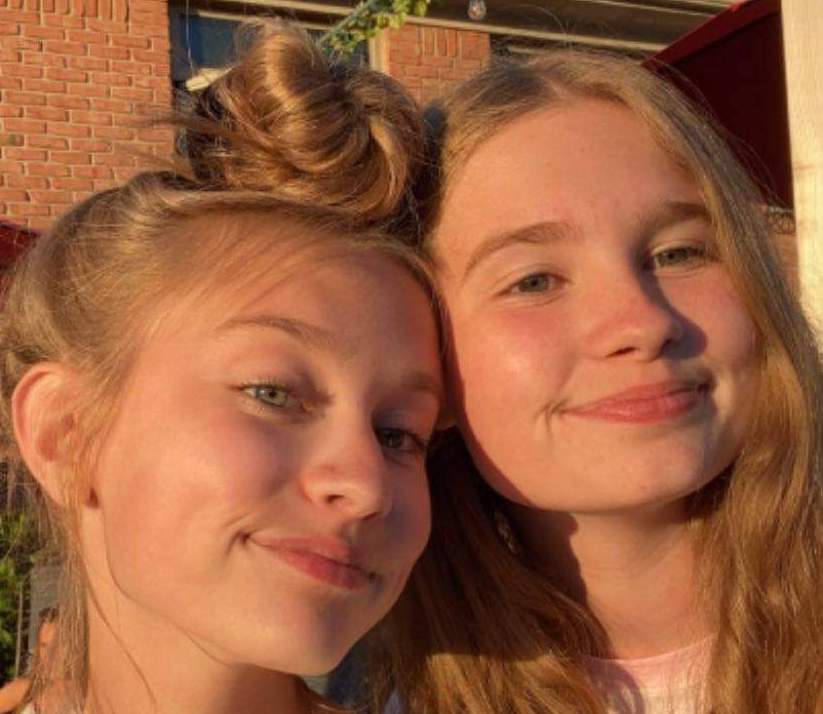 Our Princesses, Kaitlyn and Tiffany Demorest, are 16-year-old fraternal twins from Michigan celebrating their ninth festival. A favorite Twins Days activity is the contests which they not only participate in, but also volunteer at. They can be seen distributing ribbons to participants, updating the contest numbers in the lineup area as well as leading contestants on stage.

Both girls achieve very well academically—with greater than a 3.9 GPA—and are very active in clubs and sports as well as leadership positions in those activities. They have Executive Positions in Link Crew, Coalition Teen Council, National Honor Society, Key Club, and Class Council. They are also involved in Student Government, National German Honor Society, Project Unify, and Hosa. Kaitlyn is in Varsity Choir and Show Choir, where she qualified for the state solo ensemble competition. Tiffany is in the Medical Academy and Leadership Class. Our Princesses play doubles together on their school’s Varsity Tennis Team and have earned Academic All-State along with Conference and tournament recognition. Together, they are working with a government organization called CARE which assesses the fidelity of the area’s stores in relation to the selling of Tobacco products to minors. Kaitlyn plans on becoming a veterinarian while Tiffany’s plans are to become a medical doctor.

These young ladies believe being twins is not something to take for granted; instead, it is something they work on every day.  And they know they will always be there for one another for the rest of their lives. 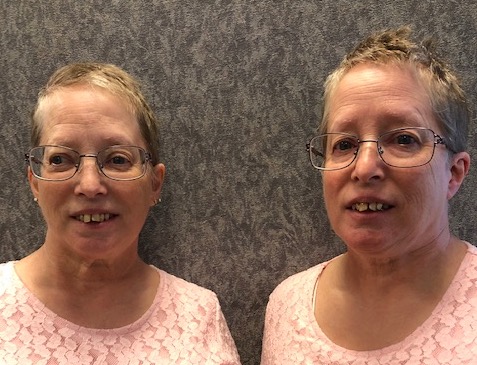 Born October 10, 1957, our 2021 Grand Marshals, Donna and Diana Beck, have lived in Twinsburg all their lives. Their parents already had two children and what a surprise when just prior to their birth, an x-ray revealed twins! Two years later another sibling was born to the Beck family.

Their first Twins Days encounter was at age nine. During Twinsburg’s Sesquicentennial when on August 8, 1967, they recognized every twin in Twinsburg. They continued to visit the Festival throughout the years to come, but within the last several years, the Beck twins became “regulars.” Their favorite Twins Days experiences are the parade—”which is so fun”—as well as the “awesome” fireworks display!

Though never married nor had children, Donna and Diana have always lived and done things together. They work at the same company in Oakwood Village owned by their brother-in-law. Donna is an electrical engineer associate, and Diana is an engraver/final inspection person.

Their hobbies include traveling as they have been on four cruises together, camping, and hiking, and are currently on a mission to visit all Ohio State Parks and complete yet another Summit County Fall Hiking Spree. A future ambition is to visit all 50 states and as many National Parks as possible.

These lovely sisters love hot air ballooning! “Our sister Janet became a pilot when Diana and I tried taking lessons but were grounded due to our height deficiency, as we couldn’t reach the burner unless we were standing on a box—not a good scenario.” Our lovely Grand Marshals do assist with the balloon launch process and have flown in Ohio, Michigan, Indiana, and Pennsylvania. But we are thrilled they have landed their hearts right here in beautiful Twinsburg!

This website uses cookies to improve your experience while you navigate through the website. Out of these, the cookies that are categorized as necessary are stored on your browser as they are essential for the working of basic functionalities of the website. We also use third-party cookies that help us analyze and understand how you use this website. These cookies will be stored in your browser only with your consent. You also have the option to opt-out of these cookies. But opting out of some of these cookies may affect your browsing experience.
Necessary Always Enabled
Necessary cookies are absolutely essential for the website to function properly. This category only includes cookies that ensures basic functionalities and security features of the website. These cookies do not store any personal information.
Non-necessary
Any cookies that may not be particularly necessary for the website to function and is used specifically to collect user personal data via analytics, ads, other embedded contents are termed as non-necessary cookies. It is mandatory to procure user consent prior to running these cookies on your website.
SAVE & ACCEPT